Kaoru Arima – And Then 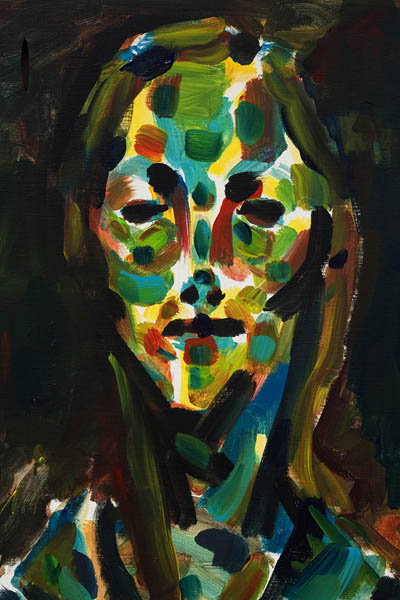 Arima (b.1969 in Aichi, Japan) has exhibited extensively in Japan at venues including Misako and Rosen (Tokyo), and was included in the group exhibition "The Age of Micropop: The Next Generation of Japanese Artists" at The Art Tower Mito (Mito). Arima has shown internationally with Galerie Dennis Kimmerich (Düsseldorf), in group shows at Galerie Catherine Bastide (Brussels), Bortolami (New York), the Walker Art Center (Minneapolis), the Carnegie Museum of Art (Pittsburgh) and Shane Campbell Gallery, Lincoln Park (Chicago).

For this exhibition, Arima will present new paintings on canvas and works on paper. This body of painting represents, for Arima, a formal development from his continued series of drawings on whited-out newspapers. Depicting a fragmented everydayness, the paintings are informed by the artist's diaristic drawing practice, translating philosophical humor into the formal possibilities of the painting object.

But as much as there is play, his wild brushstrokes remember, with malaise, that it is real. Representation oscillates like an indefinite sense of time; tradition and new collapse onto themselves like anxious high-rise towers. Final fantasy of never ending, and then the commuter train, girl reads newspaper. It is a bridge not an end. (txt/QT)